The MS patients were categorized into three CP groups. Most of the regional cortical thickness values were equivalent between the HC group and the CP1 group but were moderately and severely decreased in the CP2 and CP3 groups, respectively. Only the thicknesses of the temporal lobe cortices (superior, middle, and inferior temporal cortex and fusiform) and the rostral middle frontal cortex were significantly different among the CP1, CP2, and CP3 groups. In contrast, temporal pole thickness reduction was evident exclusively in the CP3 group, which was also characterized by increased lesion loads in the temporal pole and the adjacent juxtacortical white matter, dilatation of the inferior horn of the lateral ventricle, severe whole-brain volume reduction and longer disease duration. Although cortical atrophy was significantly more common in the progressive phase, approximately half of the MS patients with the severe cortical atrophy pattern had relapsing-remitting disease. 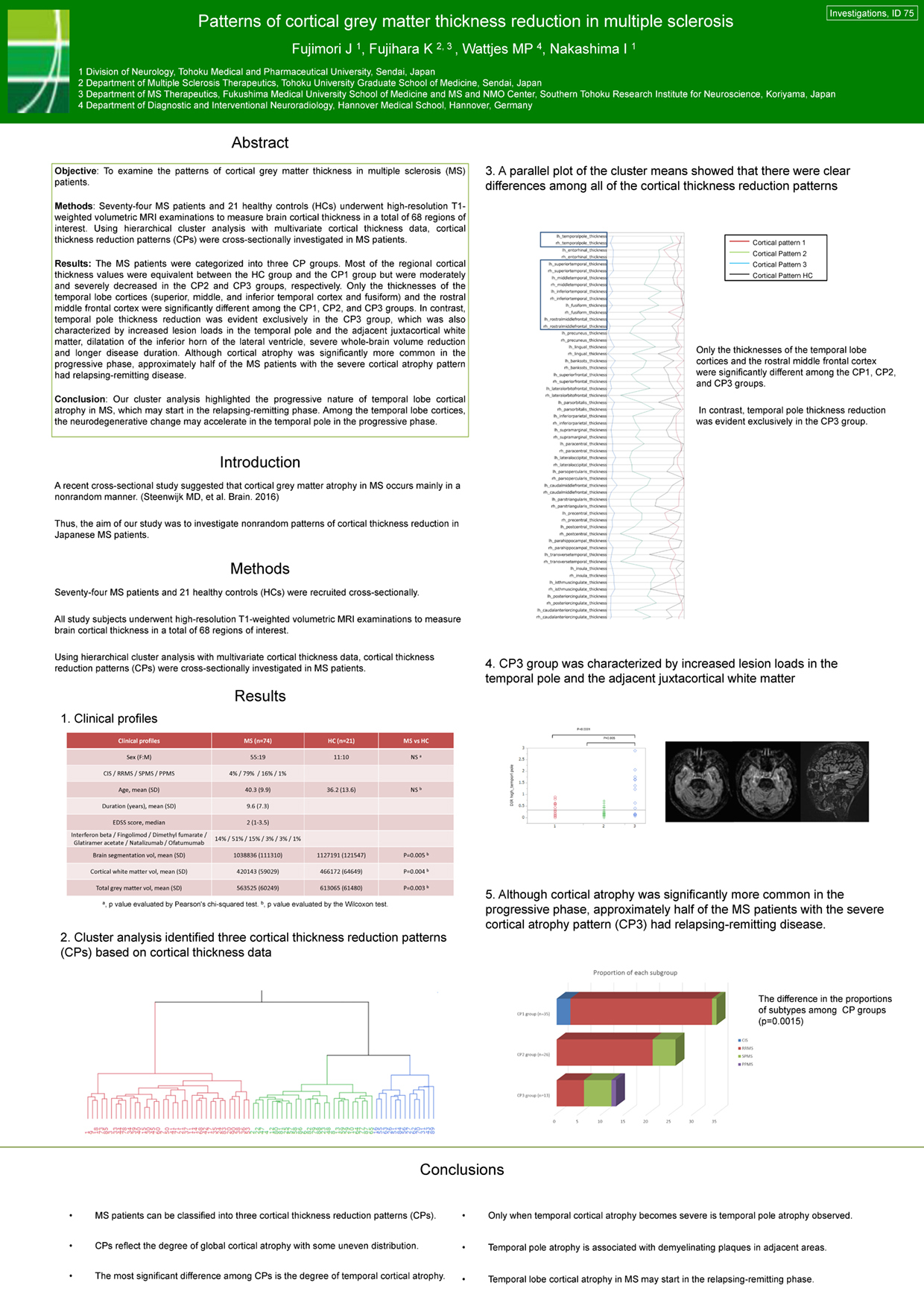